The work of Prof. Dipl.-Des. Thomas Wagner is focused on Game Design as well as extended Virtual Reality Experiences. Born 1977 in Kaiserslautern, Germany, he finished his studies at the Academy of Fine Arts Saarbruecken in 2001 with a diploma in communication design. With his former company The Design Assembly GmbH and his games app label Gamesmold, he concentrated on animation and game development, winning several international awards, including two Adobe Max Awards, multiple iTunes featured apps as well as the iTunes “Best of” selection. Since 2005, Wagner teaches as professor in the study board of Virtual Design at the University of Applied Sciences Kaiserslautern.

In 2014, Wagner started a research project on extending roller coasters with virtual reality, supported by the renowned ride manufacturer Mack Rides and Europa-Park. His research has resulted in the patent for deploying mobile VR headsets on ride facilities. In 2015, together with the Mack Family, he became one of the founders as well as CEO of VR Coaster GmbH & Co. KG. With over 20 equipped theme parks worldwide, the startup company is already the leading supplier for Virtual Reality on ride attractions. 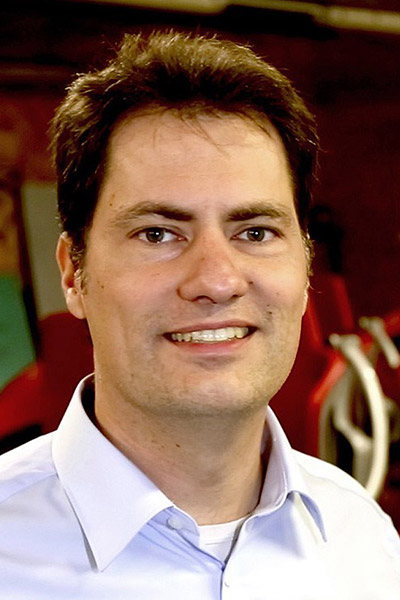